In my previous post, I went through my thoughts on rap albums from this year that did not make it into my top 5.  All artists included in the previous post were devastated, I'm told.  Now is the time, however, to talk about my five favorite albums.  Note that the operative term here is "favorite."  My music listening is more or less restricted to the mainstream and its peripheries these days.  I don't have the time or desire to get into the myriad underground artists, rap or otherwise, who are making creative waves.  Sure, there might be some crazy wild indie stuff out there that blows these five out of the water.  But like they say...if an indie artist records a song in his mom's basement, and no one is there to hear it, did he really record a song?

Also, I'm not doing the whole "rank the albums from 1-5 thing."  There isn't one album that stands out as my favorite this year (last year, the Roots How I Got Over was far and away my favorite).  Thus the albums below, in no particular order, are simply the five that I liked and listened to the most. 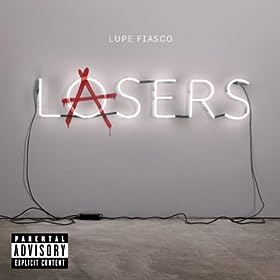 Funny thing about this album: from a technical/creative perspective, this was Lupe's worst album.  In fact, Lupe himself didn't seem too enthused about the album, saying that " I had to create this commercial art that appeases the corporate side. I had to acquiesce to certain forces. Hopefully within that I snuck in some things I actually wanted to say any way I can."

Even a watered-down Lupe is a breath of fresh air in hip hop, though.  His socially conscious, positive vibe is much-needed in a genre that too often seems to value over-indulgence and narcissistic materialism.  Sure, on this album there are some overwrought pop-hooks.  But enough of Lupe's independent spirit and sharp social criticism is allowed to shine through to make Lasers worth the listen.
Representative Song: The Show Goes On 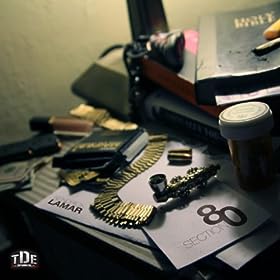 No new rapper out there shows more potential than Kendrick Lamar.  Hailing from Compton, he calls himself a "good kid in a mad city" and notes that "the only thing that separates me from my friends in jail is the fact I had a father."  He self-consciously wants to be the voice for the new generation, a confused generation which lacks guidance, strong male leaders, and any sense responsibility or purpose beyond self.

Make no mistake, Kendrick speaks the language of the street.  What separates him from other rappers, though, is his perspective of a world that is bigger than the street.  He doesn't glamorize the lifestyle he sees around him, but instead describes it in all of its tragic detail.  As he raps: "I won't sugercoat it...you'll die from diabetes if these other n***** wrote it."  There are no club bangers on this album, just hip hop that is creative, powerful, and honest.
Representative Song: HiiPower 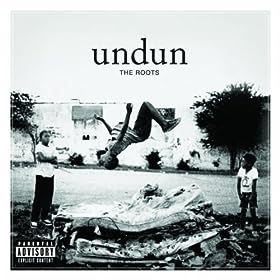 The latest offering from the Roots is a concept album inspired by Sufjan Stevens.  Yet, much like how Sufjan Stevens "states" project never really differed musically from his other work, this album isn't a departure from the same old Roots style.  The album sounds like a continuation of the jazz-and-soul-tinged grime of last years How I Got Over, which is a good thing.  Lyrically, the songs are supposed to represent the story of Redford Stephens, a fictional character from the Philadelphia streets who stands as an archetype of the story of countless African-Americans stuck in the ghetto.  However, it is difficult to actually get a personal sense of the story of Redford from the songs, and Black Thought's matter-of-fact intensity is probably not the best vehicle to bring out a such a story.

Instead, this album works because of the overarching theme linking the songs.  There is a determined resignation, an overall gloom and darkness with occasional fading flickers of hope, and when combined with Questlove's production skills, it makes for great hip hop.  There may not be an easy-to-follow song-by-song story here, but there is certainly a mood and a feeling that The Roots capture so precisely that it's difficult not to be moved and to feel the same sense of tragic determination conveyed in Undun.
Representative Song: Tip the Scale 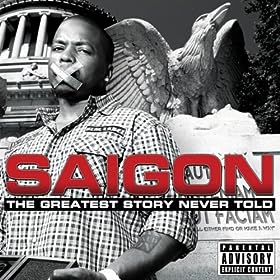 It's a shame this album went under the radar this year.  Saigon, an ex-con, dispenses his thoughtful perspective over gritty East Coast soul provided by Just Blaze.  If Kendrick Lamar represents a youngster who is surrounded by street life but not involved in it, Saigon represents an older figure who bought into the empty promises of gangster life and now realizes his errors.  Unlike those who glamorize street life, Saigon "applauds whoever can climb out the hood" because "the hood is where the haters are at."  At the same time, Saigon has plenty of criticism to level against the system which "keeps us without a pot to piss in." He also calls out the politicians, celebrities and preachers who get rich while much of the community they claim to represent languishes in poverty.  Perhaps his most biting critique comes in the song "Preachers," in which Saigon calls out the prosperity-gospel preachers so prevalent in the African-American community who "ride around in a new Lac" and who "extort us on the weekends" while "we was dependent on section 8."

Saigon's level of maturity and perspective is head and shoulders above that of many of the rappers who claim to represent "thug life."  His lyrical dexterity is not strong, but he makes up for it with his gruff blend of inspiration and honesty.
Representative Song: Bring Me Down 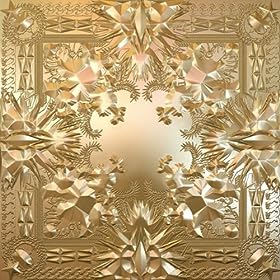 Is this album opulent and obnoxiously over-reaching in its claims of greatness?  Yes.  Even so, from a purely musical perspective, it's hard not to enjoy the collaboration of two of the most talented artists in hip hop.  I was disappointed in the album at first, mainly because Jay-Z's last album (Blueprint Vol. 3) and Kanye's last album (My Beautiful, Dark Twisted Fantasy) were so good.  Compared to their recent work, this collaboration seemed like a step back.  There was too much paranoid posturing about being the "kings" of hip hop (look no further than the title for that).  Yet, in its finer moments, like "Who Gon Stop Me" the talent that these two have can not be denied.

One interesting thing I found when listening to this album compared to that of Lupe, Saigon or Kendrick Lamar: It seems as if Kanye and Jay-Z have reached the point in their careers where their connection to real "people on the street" is basically over.  They rap about social issues from the distance of the throne.  Even when they rap about black-on-black crime in "Murder to Excellence," they seem to do so from the perspective of someone who watched a CNN special about it, not someone who was personally affected.  From a pure musical skill level, these two are still near the top.  But their connection to the spirit of social protest that is entwined in hip hop is basically over.
Representative Song: Otis