We're now into the second half of 2014, and as usual I've been keeping track of my favorite new albums. I'm never able to keep up with everything that comes out, but from what I have listened to thus far my top 12 albums list would probably include (in some order): The War on Drugs, Conor Oberst, Lykke Li, Old 97s, Cloud Nothings, Sun Kil Moon, Run River North, How to Dress Well, The Roots, Common, Spoon, and Atmosphere.

Usually I approach a new album by listening to it all the way through a few times, then selecting the songs that I like from the album and adding them to a "Best Songs of [Year X]" playlist on Spotify. Those songs then get played extensively whenever I take up a writing project. Below, I've compiled my ten favorite writing songs from albums released in 2014. This isn't necessarily a "ten best songs" list. Rather, it's a list of the songs that have provided the best writing soundtrack. As you can see from the list, I tend to gravitate towards songs that are wistful, pensive, or earnest in tone. Suggestions/snide comments welcome.

(Since some albums had multiple songs that would have made the list, I decided to limit each album to only one song. Click on song title to check out the songs for yourself.)

The War on Drugs - Burning 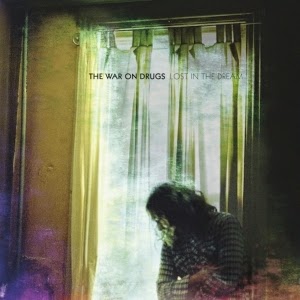 What is langball? (also known as "Lang ball" and "hang base ball")
Langball is a now-defunct game invented by C.G. Lang, a YMCA director in St. Joseph, Missouri, sometime around 1892. It's something like baseball or kickball, except that the batter in langball dangles from a horizontal bar or flying rings, striking the pitched ball with the bottom of their feet. Kind of like this:


What happens after the ball is kicked?
The batter then runs to first base, much like in baseball, with the goal of eventually making it back to home base and scoring a run. Depending on the rules being used, there could be as few as two bases or as many as four.

Any fly ball caught by the defense is an out. But the rules for getting a runner out vary: if a light rubber ball is used, then the defense must hit the runner with the ball to get them out. Sometimes, however, a medicine ball is used. This brings an element of danger, for (as one early promoter of the game explained), "this indiscriminate throwing will endanger windows and apparatus, if not heads." Thus, the medicine ball version usually outlawed throwing at runners to get them out. Instead, you threw to the base, as in baseball.