In the next issue of Nebraska History I have an article that details the brief history of the Omahawks, a professional basketball team that existed for a few weeks in 1947. Although mostly forgotten by Omaha residents today, it was Omaha's first major professional sports franchise.

I sent an advance copy of the piece to one of my favorite sports writers, Dirk Chatelain of the Omaha World-Herald. After he expressed interest in the topic, I wrote a short summary piece about the Omahawks that Chatelain published at his Mad Chatter blog last week. You can check out the blog here.  After the piece ran, I was contacted by The Bottom Line, a sports and news talk show hosted by Mike'l Severe for the Omaha World-Herald. Back when I lived in Omaha, Severe and Kevin Kugler co-hosted a radio show called Unsportsmanlike Conduct. I have yet to find a sports talk show that I enjoy more than Unsportsmanlike Conduct (in fact, I've pretty much given up on trying). So it was a thrill to talk about the Omahawks with Severe.

If you'd like to check out my interview on The Bottom Line, you can go here. Below, you can also read my short piece on the Omahawks that originally ran at the Mad Chatter blog. And for even more on the Omahawks, check out the next issue of Nebraska History. 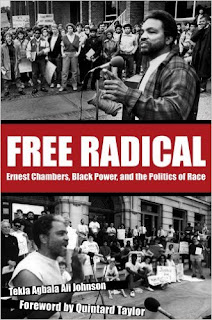