The Most Interesting College Degrees in the NBA

Over the past two days I've used a not-biased-at-all research process to determine which college degree has produced the best NBA players. (Here are the links to Part 1 and Part 2). But since I only included the college degrees that had at least six NBA players, there were some interesting degrees left out of my analysis. Below, I've included a few of them.

The number crunchers. Before you get to the jokes about how boring accountants are, here's a video of Jeff Hornacek subverting accounting stereotypes.

In contrast to our first group, these three are on the opposite side of the right brain/left brain false dichotomy. Kyle Singler's art projects used to get attention back when he was winning national titles with Duke. But no one has put their studies to better use than Patrick Ewing. 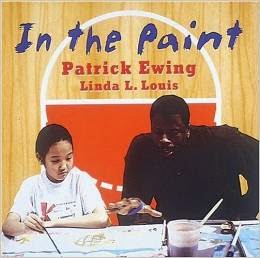 He has the skills, the size, and the voice to be a dominating Diplomacy player. Relevant video: How would you like to watch every single shot Mutombo blocked in the 1994 Sonics series?

His decision to design and build a batcave makes way more sense now. Relevant video: You don't mess with Danny Granger. He might invade your personal space and gently tap your arm.

Here's where you put the joke about Davis moving to Pawnee, Indiana (Parks & Rec does have a history of using NBA players as guest stars). Relevant video: No YouTube love for Walter. Just a couple of automated slow-motion picture videos. In others words, the perfect small-town campaign commercial.

Someday the 1970s Warriors big man will be jamming in basketball heaven with Wayman Tisdale. Relevant video: Clifford Ray once saved a dolphin's life. That sentence is more exciting than the video.

Finally we can put the whole "who's the next Michael Jordan?" debate to rest. It's Randy Foye. Relevant video: Randy Foye's heart is on the right side of his body.

I'm including McMillen only because I want a reason to use the picture below. Relevant ebay purchase: Tom McMillen on the congressional campaign trail. 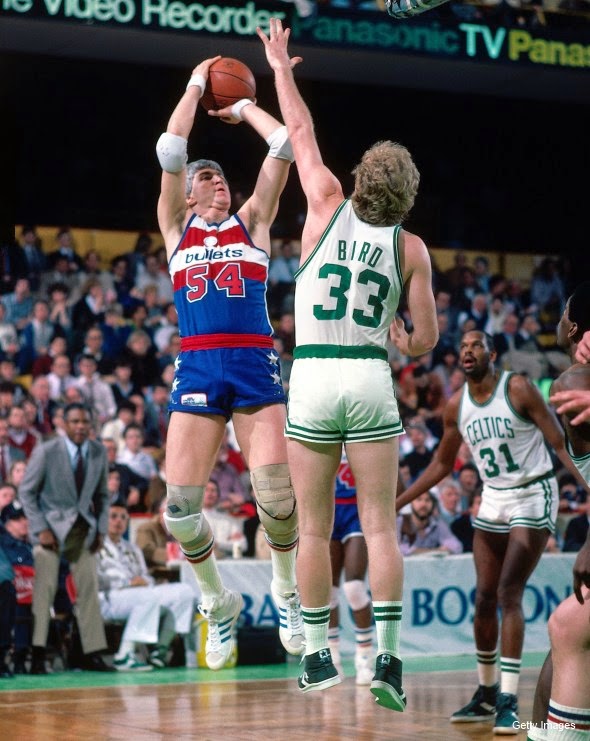 The former Cleveland big man had to read Spinosa and Kierkegaard to get his degree. The least I can do is acknowledge him here. Relevant video: Thanks, that was useful.


10) Jeff Green (English, with a minor in Theology) and Fred Carter (English)

Green spent four summer sitting through English seminars to get his degree. This Washington Post story on Green's path to a degree might be my favorite "NBA star goes back to school" article, and I've read a few of them over the past couple days. Relevant video: BEAT THE HEAT!

Willis played over twenty seasons in the NBA, all the while using his Michigan State degree to help him run a big-and-tall fashion line that he launched in 1988. Relevant video: Dude in his living room cracks up while filming Charles Barkley compare Kevin Willis to a rock-em-sock-em robot.

Before establishing his reputation as one of the smartest players in basketball, Battier was getting a degree in religion from Duke, where he was also being lauded for his Christian faith in a Christian sports magazine puff piece by Gregg Doyel. I could find only one other NBA player with a religion degree -- Ish Smith, who went to Wake Forest before graduating to the school of Joel Osteen. A more well-known Wake Forest product, Chris Paul, is also a religion major, although he has not yet completed his degree. Paul switched his major to religion because he wanted to "find out more about my religion, Christianity," and/or because he "wanted to find out more information about other religions, so I could know why I believe what I believe."

RIP. One of my favorite underrated players. Phills' coach at Southern, Ben Jobe (you may have seen him on this excellent ESPN doc), thought that Phills had no shot at the NBA, and wanted him to move on to veterinary school instead. In 1997, Tim Kurkjian made ample use of Phills' animal science degree as part of his angle for a feature piece in SI: Phills had an "Animal Intensity," and was the "Rarest of Breeds," the headline proclaimed.

Corbin got his degree in the 1980s, way before it was cool. Then he went on to have a sixteen year NBA career, ruining any chance he had of making millions with the dotcom boom. More recently, Chris Bosh (who thinks you should learn how to code) got into the computer science game at Georgia Tech before leaving school after his freshman year. Relevant video: There is a video actually titled "Tyrone Corbin makes a couple of nice plays." And after watching the video, I can't think of a more perfect title.
Posted by Paul Putz at 11:37 AM